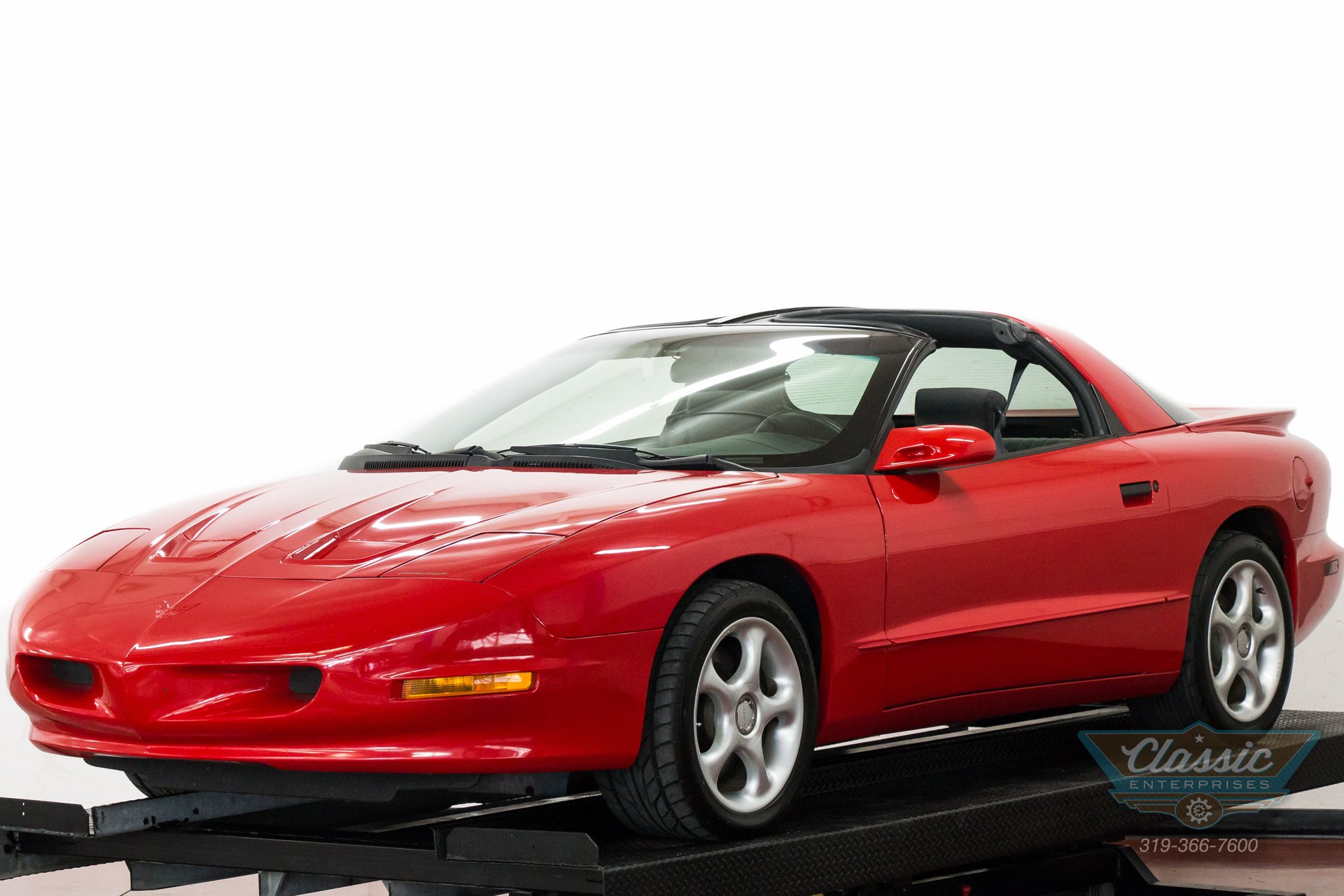 This widow maker Firebird Formula is powered by an incredible 383 CID LT1 V8 massaged by the gurus at Lingenfelter Engineering. It has been stroked to 383 CID and produces 440 horse power at the rear wheels. The Brakes are from Corvette and the transmission has been massaged to handle the extra torque and power. For those that can't get enough there is a NOS that can pump the ponies to well over 500. It is a two owner car that looks like it did in 1996. There are some minor bits of road rash on the front end but no major hickies anywhere else. The interior is neat as a pin and the engine bay looks like it has never been on the road. Check out the documentation from Ligenfelter and know this one only has 39,6XX original miles on it. The rear tires are drag radials or what we used to call “Cheater Slicks” back in the day, and they are needed on this bad boy. The 4 speed automatic transmission with console mounted shifter delivers the power smoothly to the rear wheels and it cruises down the road with ease and the kind of performance that backs up its exterior appearance. If you are looking to have too much fun in well balanced combination of adrenaline inducement and some creature comforts to go along with it here you go.