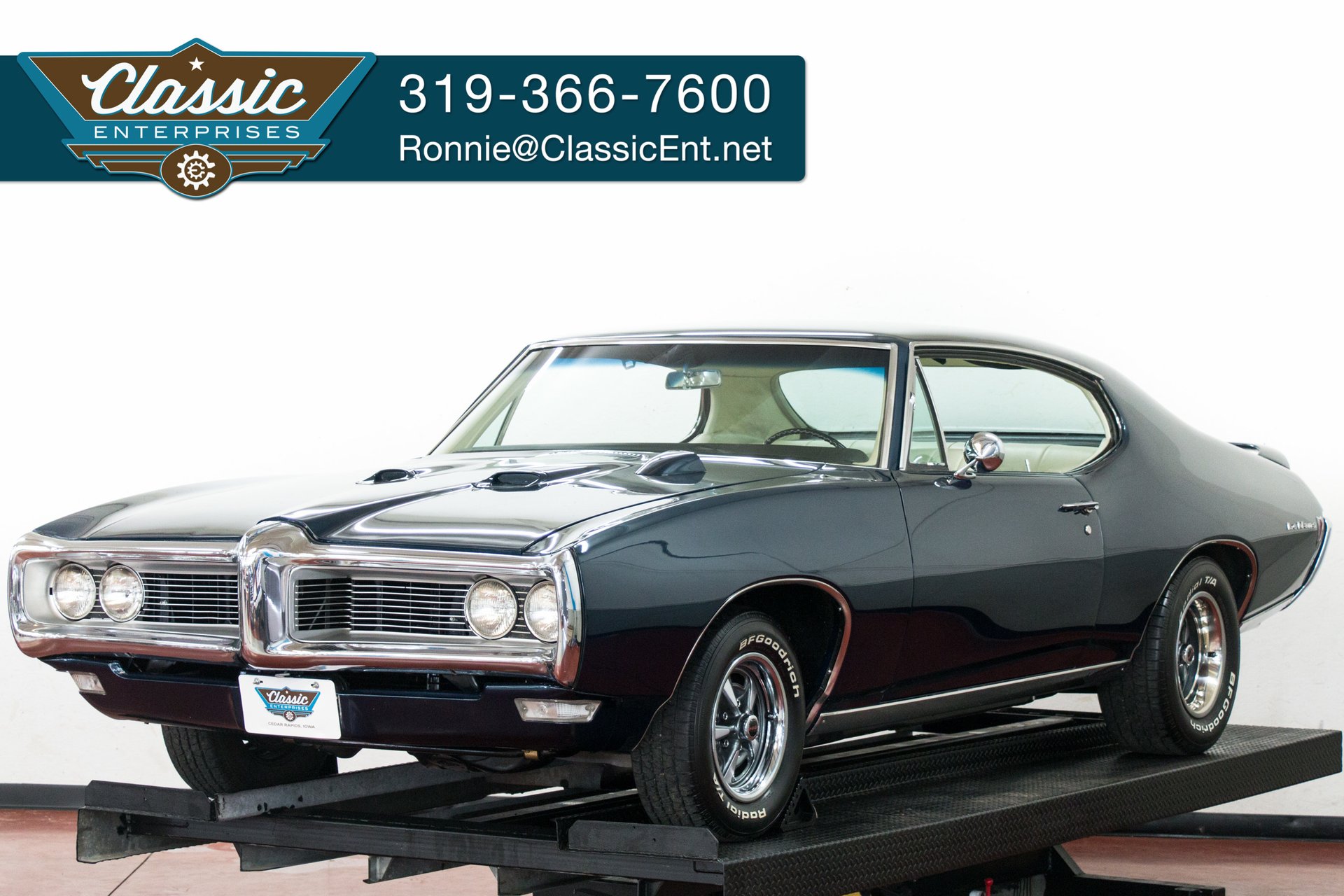 John Z. DeLorean was a true innovator. Pontiac's chief engineer and later general manager, DeLorean was responsible for launching the GTO, kicking off the whole muscle car movement--and the rest, as we say, is history. But few enthusiasts are aware that he was also the brains behind the development of Pontiac's exclusive OHC-6 and the OHC-6 Sprint with its "first for the U.S. market" belt-driven overhead camshaft. DeLorean sought to inject a sophisticated European feel into Pontiac's growing Tempest and Le Mans intermediates, so the new OHC-6 became the standard engine on these models from 1966 through 1969, as well as for the new Firebird introduced in 1967. This 68 version of the Lemans is probably the nicest one in the country today. The attention to detail is phenomenal and the quality of the fit and finish is just as outstanding. Powered the correct OHC 6 with a 4V carb and 3 speed transmission and finished in its original colors with a GTO hood (flat hood is available) and tach added it looks and runs super. This is one of only 250 built in 1968 so you will not meet yourself at a car show.