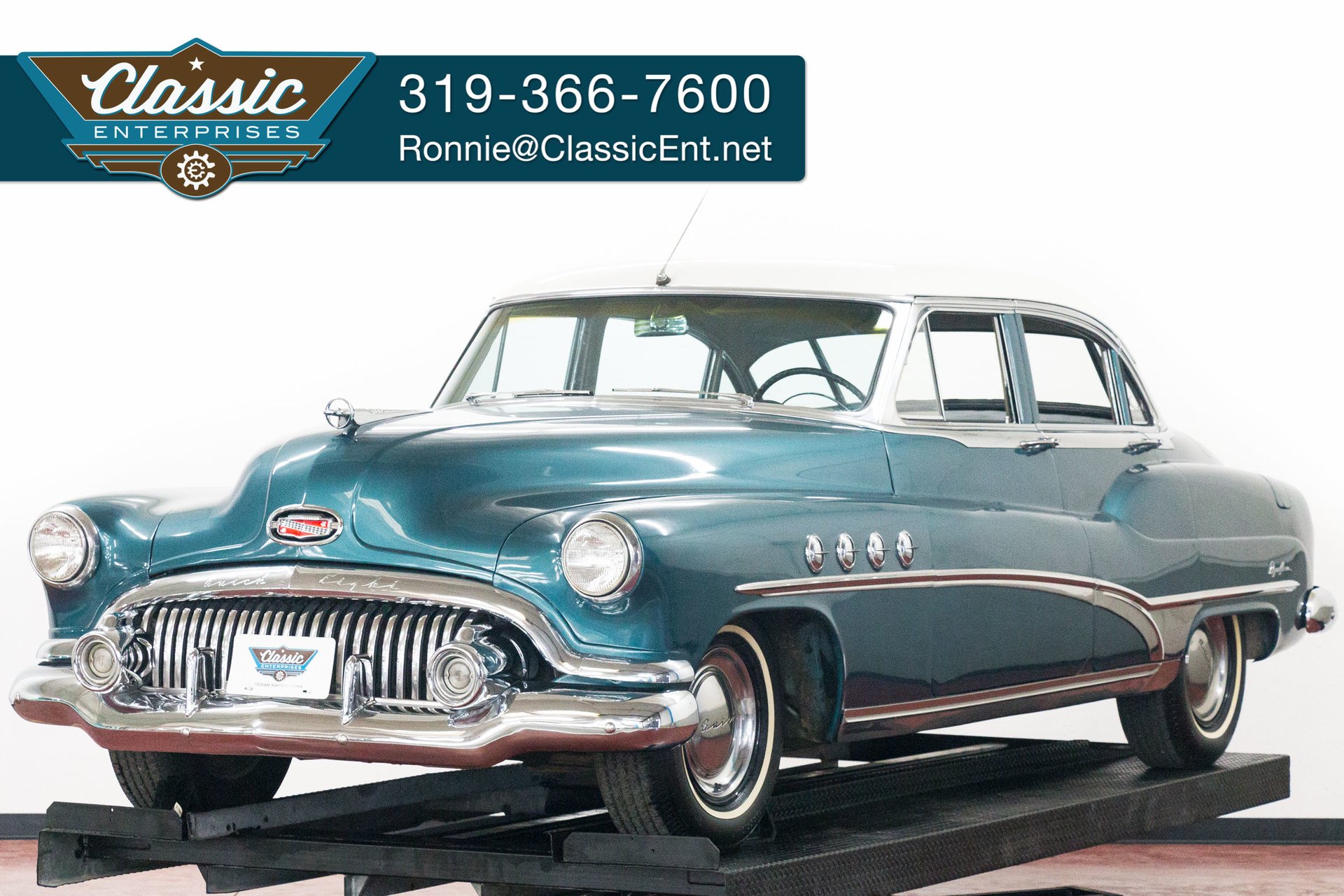 The Roadmaster had long been the bench mark for the Buick line and received a major restyling after the war in 1949. This restyle resulted in the Roadmaster being a little shorter in length and wheelbase but actually a bit heavier than its predecessor. It was still powered by the original 320 CID I8 with the horsepower pumped up to 150 and a top speed of 110 mph. The one memorable styling cue that was added was the “VentiPorts” in the hood that became the symbol for Buick luxury and power throughout the 50s. This one family owned example is a true time capsule of early post war style and engineering. It is an original car, with one repaint, that comes with some of the original purchase documents and receipts. Also included is the cover for the War Bond that was cashed to buy the car along with original receipt for the sale, not to mention the factory issued tags for the wiper controls, the tag to let the owner know the oil and tire instructions were in the glove box, and the instructions, as they are, for the Rochester Cigar Lighter. Along with the original Owner ID card, Delco Battery Warranty, Dynaflow instruction booklet, Buick Owner Service Policy, and a receipt from the insurance company with listed coverages for 1955. This fabulous original car has only 36500 miles on the odometer. For any Buick collector this may not be the rarest of the line but it sure is one of the most original and nicely documented we have ever seen.