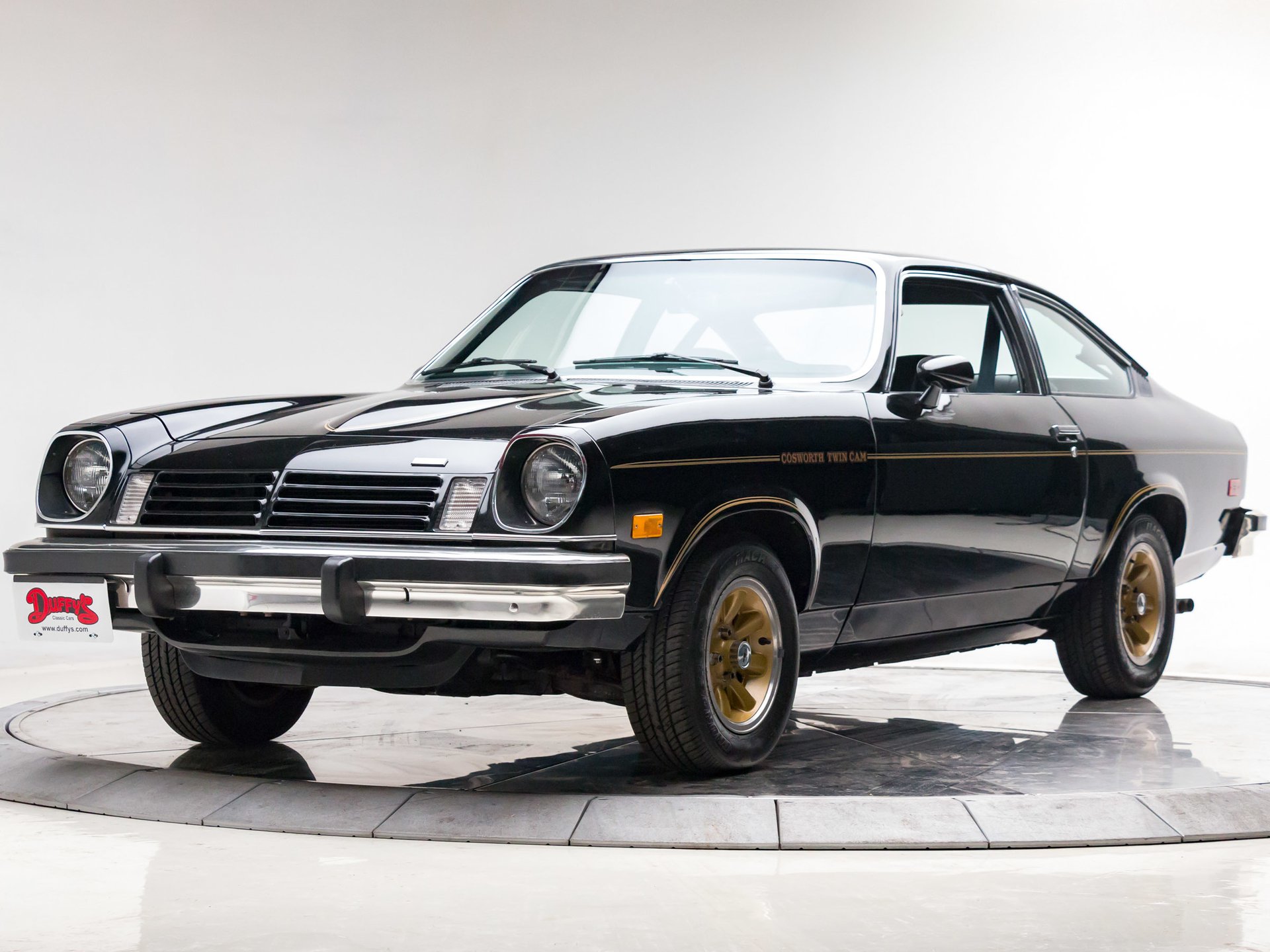 Here are some quotes that Wikipedia lifted from the major car magazines of the day. They say it better than we ever could.

Car and Driver said in August 1973: "Cosworth Vega 16-Valve. More than an engine. A taut-muscled GT coupe to devastate the smugness of BMW 2002tii's and 5-speed Alfa GTV's. A limited run of 4000 machines, each one built away from the tumult of the assembly line to precision tolerances, as a show of technical force by Chevrolet. All of them will be collector's items."

The magazine's History of 0-60 article said a 1974 pre-production Cosworth Vega's time of 7.7 seconds was the fastest that year. Testing a 1975 model, the magazine said: "The outstanding feature of the Cosworth Vega is its excellent balance. Roll-stiffness distribution is ideal, with little understeer entering a turn, and just the right amount of drift from the tail as you put your foot down to exit . . . Through the woods or down a mountain, the Cosworth is a feisty aggressor willing, if not altogether able to take on the world's best GT cars."

Motor Trend magazine's test of a 1975 version said it "goes like the proverbial bat out of Carlsburg Caverns [...] At moderate speeds, the car is as close to neutral handling as any American car I have ever driven..."

The Road & Track test of a 1976 model said: "The Cosworth Vega's handling is very good [...] All the drivers agreed that it is a far better handling car than those Vega derivatives such as the Monza that have been fitted out with V6 or V8 engines [...] We can't resist saying that with the Cosworth Vega engine, the Vega now runs the way it should have run all the time—easy, smooth, good response, good handling: a nice balance between performance and economy. Sweet as it is however, the Cosworth Vega is still way down the excitement ladder from what it would be with another 30 or 40 bhp. Then it would really be something."

Road Test magazine, in its "Supercoupe Shootout"—Alfa vs. Mazda vs. Lancia vs. Saab vs. Cosworth Vega—said: "The results are in Figure 2. Read 'em and weep, all you foreign-is-better nuts, because right there at the top, and by a long way at that, is the Cosworth Vega. It had the fastest 0-60 time, the fastest quarter-mile time, and tied with the Saab for the shortest braking distance".[9]"The Cosworth is American, and a collector's item, and it came close, damn close to winning the whole thing."[10]

Car and Driver chose the Cosworth Vega as one of the "10 Best Collectible Cars" in its fourth annual Ten Best issue, saying: "We're talking about historical significance here."