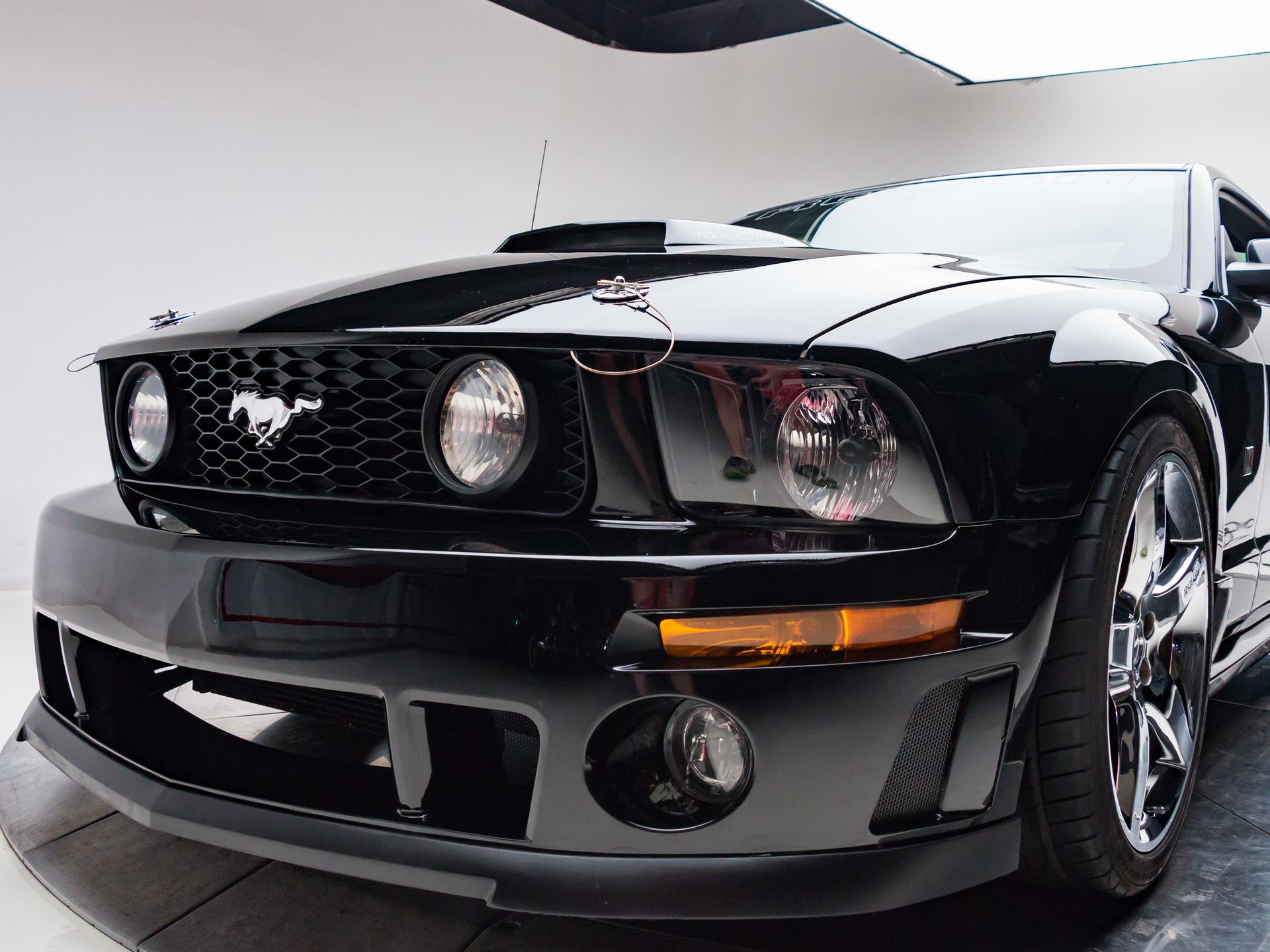 When it came to the revitalizing of an icon Ford hit the ball out of the park and then the master of the Mustang Massage, none other than Jack Roush, stepped up and swatted the ball even that much further. When Jack and his gang teamed up with Ford and created the latest Roush Editions the bar was raised to where few had the legs to leap. This Stage 3 is not only a frighteningly potent car with 500+ horsepower from its Whipple supercharged V-8 engine is enough to whiten any knuckles even on legal roads. Wearing the signature Roush Stage 3 logos denoting its creation by one of the more notable Ford racing gurus, these profound modern muscle cars debuted to much fanfare. Despite its obvious DNA, the 2006 incarnation of this Stage 3 did not want to be known as just any old Mustang: nowhere on its body is there any reference to Ford's iconic pony car. All the same, we can confirm without reservation that this car is definitely of the adrenal and broad faced grin stimulating ilk of its predecessors. This unit in particular is bedecked in a most desirable form with the drop top, manual 5 speed, the always desirable luxury items we have all become accustomed to, and finished in stealth mode Triple Black it will most certainly set its new owner apart from the mundane cookie cutter designs on the road today. Mate all these ponies, bells and whistles, and style to the fact that this one has more visual horsepower than just about any other '06 along with an exhaust note that will stir you to your hi-po core you will want to saddle up and ride and ride and ride.